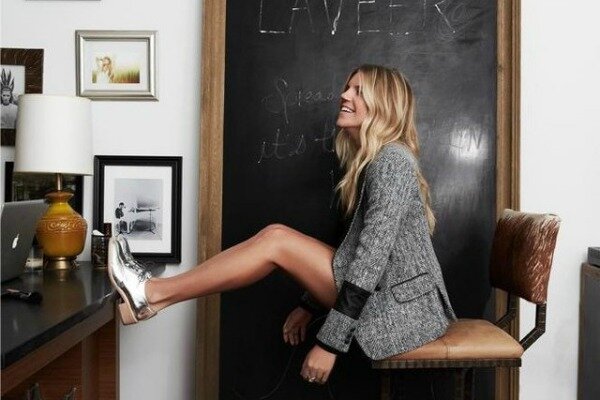 #1 Ordinary people hate mornings, successful people use mornings.
Successful people know that they need to use their mornings to get the best start to their day, whether they exercise, meditate or plan for the day ahead.

#3 Ordinary people are clouded by envy, successful people are motivated by it.
Successful people don’t feel jealousy without feeling motivated, envy is your brain’s way of telling you what you hope to achieve, so the next time you feel envious and jealous don’t become spiteful or bitter, just try to discover what qualities you want in your own life.

#4 Ordinary people make excuses, successful people make time.
Successful people often have to manage their lives and have little opportunity to back out of events or make excuses, but they know that their own time is important too so will dedicate themselves to social time and exercise regimes even when they don’t want to. The best way to stop yourself from making too many excuses is to have an accountability chart, whenever you start to think up an excuse ask yourself if it’s genuine and what will happen if you don’t go.

#5 Ordinary people want instant rewards, successful people look for long-term rewards.
It’s true that successful people are often better at forward thinking, they see the end goal and the gratification that will come rather than the small milestones or times when others didn’t appreciate them. They know other peoples praise only matters as much as you want it to.

#6 Ordinary people dream, successful people create.
The difference between dreaming and creating is simply breaking down the fear and throwing yourself into whatever it is you want to achieve. Successful people have often failed and have to throw themselves in at the deep end in order to get to where they are, ordinary people are held back by fear of trying something new.

#7 Ordinary people fear failure, successful people embrace it.
Everybody’s afraid of failure, but successful people know that failure marks the road to success and that even the most successful entrepreneur will have had to endure a few failures and knock-backs. It’s no less jarring, but it’s part of life.

#8 Ordinary people complain, successful people adapt.
It’s normal to complain about the way things are, but in order to make the situation better for yourself you have to adapt. Successful people will adapt to the circumstances or try to change them, of course you’ll probably hear a few complaints here and there but only at the same time as they’re working towards change.

#10 Ordinary people please others, successful people please themselves.
It sounds bad, but when you’re a people pleaser in a career it can often go wrong. Saying yes to things you don’t truly believe in just because you’re worried what others will think of you might not be the best for you in the long-run. Don’t be selfish though, successful people know when to help others and when to trust their gut and not embark on new ventures. If you know your morals and your long term goals, you know what aligns with them.

Jennifer Aniston's Morning Routine Is Her Secret To Glowing Skin

8 Money Questions To Ask Yourself Regularly

The Most Eye-Opening Documentaries On Netflix Right Now

10 Incredible Things That Happen When You Reach Your Ultimate Fitness Goal!